I have an announcement about Ginger Green Playdate Queen, the series of books I'm illustrating for Hardie Grant Egmont in Australia.
(For more info about the series, see the Ginger Green page on the Hardie website )
(And they're written by Kim Kane, do follow her on twitter here )
They're a fab set of books, and seem to be doing pretty well - working on book 9 and I think seven are out in the shops now.

BUT, the announcement is that, not only is Ginger Green going to be available in Australia, as it has been, but now also in the UK and US! Which is rather exciting. 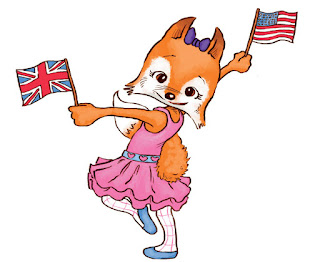 I've worked on a few series of books in Australia, 'Billie B Brown', 'The Tinklers Three' and 'Penelope Perfect', which are all fab books which I heartily recommend, so it'll be great to have one of them available over here too.

Maybe soon, when talking to people, and they ask what I've illustrated, and I reply 'Ginger Green', rather than the usual blank look, and slightly dazed expression, people might actually know what I'm talking about :)

It's due out in the Autumn, so keep your eyes open, more detail soon :)
Posted by Jon Davis at 03:21 No comments: