New and improved Blog entry with colour.
These are sketches of Robot Dog, who I've been trying to work out a character for.
He's friendly and a bit mischievous. 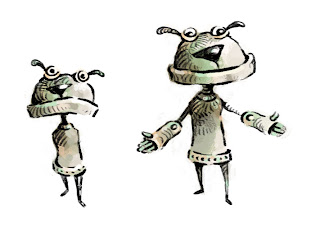 Well, I just spent two days wandering round and round the children's bit of the London Book Fair. My first time there.
It was rather quiet, due to the lack of planes, and I'm not sure if that was good or bad.
Some Editor/Art Director type people weren't there, but on the other hand, you were actually able to speak to the ones that were there, which apparently isn't so easy normally.
I went to the networking event, which I had expected to be a bit more organised, or there to be an introduction or something.
But the tables and wine appeared, and then after about ten minutes of standing about everyone sort of shuffled in and sidled up to people, and formed little windy queues.
But all in all I reckon it was good. I spoke to a few publisher type people, saw a few new things that were inspiring, and also bumped into two people from blog land - Cassia, and Emma.
I had steeled myself for constantly grinding up courage to speak to strangers, so it was lovely to meet some friendly faces.
I must say I don't generally like doing networking stuff, but the encouraging feedback I've been getting on this blog, did give me more confidence to approach people than I would normally have, so thank you everyone for all your lovely comments :)
And here are a couple of sketches of people I did on the way. 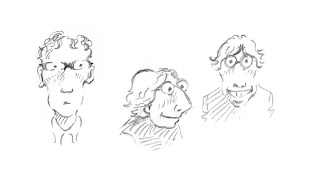 I thought recently that most of my drawing of kids tend to be of an indeterminate age around sort of 5 or 6.
So I thought I'd do some babies/toddlers. 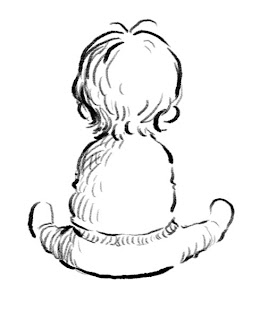 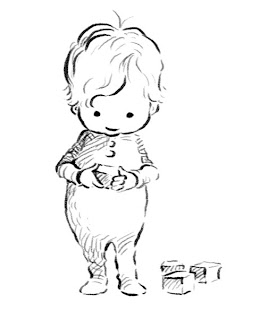 Here are two more, and with the hands drawn in, too :) 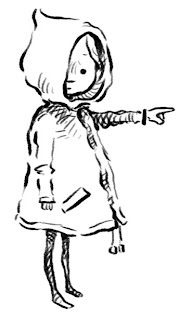 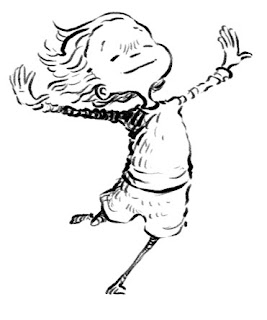 Here we are, I've started doing some sketches of kids.
Just a bunch of characters doing various stuff.
This is the first one, a bit of a shy girl. 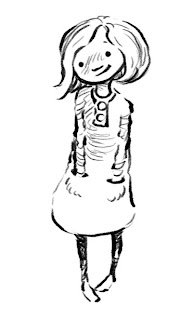